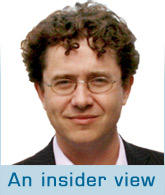 E-Health Insider editor Jon Hoeksma reflects on a busy couple of weeks for news about the National Programme for IT in the NHS and says the sudden flurry of activity can mean only one thing – those November deadlines matter and judgement day is coming for NPfIT.

There is nothing like a deadline to sharpen the mind, and finally the National Programme for IT in the NHS and its main suppliers are now working to deadlines that count.

They fall in November. And chief among them is to successfully deliver both versions of the ‘strategic’ electronic patient record software purchased by the programme.

Word has it that the Department of Health’s chief information officer, Christine Connelly, has a three line whip from NHS chief executive David Nicholson to meet her commitment to get a problem free Cerner Millennium installation in London (Kingston) by the end of the month and to be “on track” to deliver iSoft’s Lorenzo across a big acute trust (Morecambe Bay) by the end of March.

It’s against this background that the DH’s newly published criteria for judging whether “significant progress” has been achieved have been published. For both Millennium and Lorenzo they begin with “does the product exist?” To have to even ask the question seems remarkable six years into the NPfIT programme.

Otherwise, the criteria focus on reliability and scalability. They do not exactly raise the bar; rather they are the bare minimum the NHS might expect. Yet in an interview with E-Health Insider, Connelly declined to be drawn on whether she thought they would be met.

It would be nice to hear the DH CIO saying that such basic hurdles will be cleared with ease. That said, the fact that NHS Bury went live with a version of Lorenzo containing some PAS-style functionality this week is a big step forward; even if going live across Morecambe Bay will require a much bigger leap.

Who gets to make the call on success, and what happens next, promises to be extremely interesting. In her interview, Connelly stressed the decision will ultimately be taken by the NHS Management Board and Secretary of State for Health.

Sources indicate that Nicholson and ministers have all but lost faith with the national programme, and have been pushing the November deadlines hard with little expectation of them being met. The option said to fast be gaining favour is systems of choice within a framework of interoperability and a radically reworked version of the LSP contracts.

Also on Connelly’s big ‘to do’ list by the end of November is to sort out interoperability with NPfIT systems; provide trusts in the South with a route out of the post-Fujitsu mire; and complete a new deal in London that will allow locally-configured delivery of Cerner while meeting the new requirements of polyclinics.

CfH has also just published the first cut of its new interoperability ‘toolkit’, beginning with 22 messaging standards. Early days, but the message that CfH plans to open up its national applications and data to a far wider range of users and suppliers is a welcome change of tune.

In the South, the past week has seen the announcement of a supplier day to support a series of Additional Supply Capacity and Capability (ASCC) procurements. The procurements themselves, starting with community and child health systems and then moving onto acute systems are promised from January 2010.

The supplier day is being hastily organised. Suppliers were given just three working days to respond to their invitation letter, and a venue has yet to be announced, although it will be in London. While this looks like a sudden burst of activity to meet a deadline, a senior manager close to the procurement process insists it is a response to trust requirements that have taken time to collect.

Although Southern trusts can do nothing or do their own thing, there is clearly a strong expectation is that they will want to work collaboratively through the ASCC procurements. The obvious question that arises, though, is why the logic of providing choice and letting trusts build on what they already have only applies to the South?

More opaque, and potentially far trickier, is the situation in London, where getting Cerner back on track is proving tough going, with new contracts still not agreed. Relationships between Ruth Carnell, the chief executive of NHS London, and the DH CIO are said to have become frayed.

Year-long contracts renegotiations, based on BT and Cerner shifting to a far more locally-based delivery model, and representing a massive shift from the standardised approach of the current contract, still haven’t been concluded. There is a growing camp that thinks they never will be.

In attempt to force the issue by the end of November, Connelly is said to have told BT to revert to the original contract (known as CCN2). This would ditch 12 months of work; leave NHS London without the expensive new approach it wants; and potentially leave BT and Cerner commercially exposed.

The consensus view is that Kingston will go ahead and that it will probably be chalked up as a modest success by December. Yet it could prove a to be a one-off implementation, with no clear path for the rest of the capital to follow, even if it is a success.

The reported strains in London offer an indication of just how stressful November may prove to be for all involved in NPfIT. Although a verdict may not be reached until 2010, the evidence against which a judgement will be made will be in by the end of the month.

Incredible though it may seem, six years after contracts were awarded, the world’s largest civilian IT programme is still poised on a razor’s edge between success and failure. With a Herculean effort, it may scrape over its November hurdles, making far-reaching changes unlikely – this side, at least, of a general election.