NME at the gate 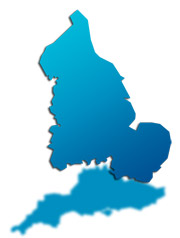 In November, NHS Bury hit the deadline set by NHS director general of informatics Christine Connelly for the latest version of Lorenzo to go live ‘in any setting.’

It was good news for the National Programme for NHS IT in the North, Midlands and East of England. But it was just one step on the way to her bigger deadline of getting Lorenzo Release 1.9 into an acute trust by March.

All eyes are now back on the University Hospitals of Morecambe Bay NHS Trust, which gave Lorenzo Release 1 a ‘soft landing’ on a couple of wards back in November 2008. It is due to go live with R1.9 during March, according to local service provider CSC.

“Everyone knows that the next important trust is Morecambe Bay and everything is on track for that,” a CSC spokesperson told E-Health Insider. “Beyond that – and in line with what [developer] iSoft has said – there are around 20-25 go-lives planned for the coming year.”

ISoft executive chairman and chief executive Gary Cohen made the prediction of 25 Lorenzo go-lives at E-Health Insider Live ’09. But it is clear that the national programme has been focusing on NHS Bury and Morecambe Bay, and that this has impacted on the planned scheduling for the Lorenzo R1.9 followers.

In a statement regarding the rescheduling that took place last summer, the Department of Health told E-Health Insider: “There has been some re-planning of Lorenzo deployment dates to focus on the deadline for achieving significant progress around the implementation of electronic patient record systems in the acute sector.”

Keeping it under wraps

Neither NHS Connecting for Health nor CSC nor iSoft will provide EHI with the new schedules. However, a host of trusts have had their go-live dates changed; with some reporting these as delays.

For example, Kettering General Hospital NHS Foundation Trust is due to go-live in May. But NHS East Midlands says it will be its only Lorenzo deployment this year, with resource constraints contributing to a decision to defer two deployments to primary care trusts until 2011.

Pennine Care NHS Foundation Trust, which said early last year that it would become the first mental health trust to go-live with Release 1.9 says it will go live in June, having originally planned to go live in November last year.

However, it seems that Birmingham Women’s NHS Foundation Trust will be the trust to follow Morecambe Bay by going-live on 10 May. It originally planned to go-live at the beginning of December 2009.

Speaking about the changes to the Birmingham Women’s deployment date, a spokesperson for CSC said: “The programme realignment was a decision made last year and the bottom line is that there have been no recent changes to the delivery schedule since then.

“CSC continues to work collaboratively to go-live working to those delivery schedules and we are on track to do so. The programme realignment, which is not an official phrase, was made last summer and the revision of the delivery schedule made by relevant the relevant parties.”

However, the position in some of the other strategic health authority areas of the NME is less clear, as is the future of Lorenzo itself. In December, health secretary Andy Burnham announced £600m of cuts to the national programme, after Chancellor Alastair Darling indicated that he would like to scrap it.

Although Burnham did not clarify where the axe would fall, he told the Commons: “We are discussing with our suppliers potential reductions to the scope of the systems and the cost savings that could be generated.”

After Burnham’s announcement, NHS North West held a workshop to determine the options for reducing the costs of the national programme. According to an NHS Salford board paper, it set out the options as follows: “The first [option] is to reduce the scope of the system in later releases and the second is to remove the organisations from the implementation plan.”

NHS Salford’s most recent board meeting confirmed that the “future planned releases of Lorenzo Regional Care is being considered with the goal of reducing the number of modules that would be implemented. Consultation on which items to keep and those to discard is now underway with local health communities.”

Other sources go further, saying that following R1.9, only R2 will be delivered to trusts across the NME. Cohen told EHI Live ’09 that R2 – or ‘clinicals’ – had already been delivered to CSC. Kettering is due to implement the emergency care element of this release.

Cohen said R3 was due to be released to CSC later this year. R3 includes theatres and maternity, and EHI understands it is possible that some elements may be repackaged and offered to trusts that want to take them. Last week, iSoft announced a partnership with Picis, which specialises in theatre, anaesthesia and intensive care.

However, R3 is also due to include some modules that would start to take Lorenzo into the wider health community, such as GP integration and social care messaging. R4 would have included further GP and commissioning functionality.

If none of these are delivered, then much of the initial promise of Lorenzo – that it would help to deliver information across communities – will be lost.

Meanwhile, it is clear that some trusts will not take Lorenzo at all. Last week, it emerged that the DH is negotiating a further extension to the deal that McKesson has in place to support 21 trusts still using its PAS systems, and that it may bring its Paragon product to the UK. Other suppliers of PASs sense an opportunity.

The DH has yet to say whether the tests that Connelly set for Lorenzo and the programme’s other ‘strategic’ electronic patient record system, Millennium, have been met. There are only a few weeks in which it could make an announcement before general election ‘purdah’ descends on Whitehall.

In response to EHI queries about the future delivery and scope of Lorenzo, the DH and CSC said, in a joint statement: “In December, the secretary of state reinforced a clear commitment to NPfIT. He made it clear that we intend to build on what is already working well, while giving trusts more flexibility within the framework provided by the LSP contracts.

“No decisions have yet been made about changes to future releases of Lorenzo as a number of options are currently being discussed with the local NHS. [Efficiencies] will be managed by focusing on areas that clinicians have identified as critical to ensuring responsive information systems that support the needs of today’s health service.”

EHI has established that Morecambe Bay, Birmingham Women’s, Kettering General and Pennine Care are due to go live with Lorenzo R1.9 – and in one case an element of R2 – before the general election must be held in June.

Another trust, Birmingham Children’s Hospital, is due to follow in July, according to a board paper. In that sense, it can be argued that the election doesn’t matter because the programme still has momentum.

On the other hand, it is clear that other deployments have been delayed, that the scope of Lorenzo is being cut back, and that some SHAs are giving their trusts scope to explore other options. In that sense, it can also be argued that the general election doesn’t matter, but this time because the programme is losing momentum by the day.

The director of consulting at Metri UK considers how to make cuts sensibly and what role outsourcing IT services can play.