NPfIT future is modular and locally-led 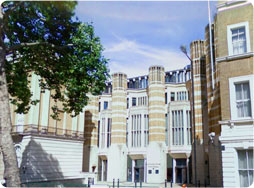 The National Programme for IT in the NHS’ centralised and national approach is “no longer required” and trusts will instead be able to operate “a more locally-led plural system of procurement”, health minister Simon Burns has announced.

In a ministerial statement this morning, Burns said that a Department of Health review of the national programme had concluded that a new, “modular” approach to implementation should also be adopted.

The statement said that the two changes together would allow “NHS organisations to introduce smaller, more manageable change in line with their business requirements and capacity.”

“Improving IT is essential to delivering a patient-centred NHS. But the nationally imposed system is neither necessary nor appropriate to deliver this,” Burns said the statement.

“We will allow hospitals to use and develop the IT they already have and add to their environment, either by integrating systems purchased through the national contracts or elsewhere.”

A spokesperson for the DH’s informatics department stressed to E-Health Insider that the programme was not being “scrapped”, since elements of it will be retained and its contracts honoured, although the key implementation of detailed electronic care records will be taken forward in a new way.

Burns’ statement says that the national infrastructure elements of the programme and applications such as Choose and Book will be retained, although “they no longer need to be managed as projects but as IT services under the control of the NHS.”

New arrangements for the oversight of these services will be in place by 2012. These may involve them moving to the NHS Commissioning Board, which is given responsibility for IT and information standards in the white paper, ‘Liberating the NHS.’

The changes to the programme will help to make additional savings of £700m to the £600m announced in labour’s pre budget report. A further £200m will be taken off CSC’s local service provider contract for the North, Midlands and East of England, while the other £500 will come from “local savings.”

The statement argues the reconfiguration is in line with the current Operating Framework for the NHS in England, which stressed a new approach of “connecting all” rather than “replacing all”. It also says that it is in line with the broader NHS reforms set out in the white paper.

The Department of Health’s director general for informatics, Christine Connelly, said: “It is clear that the National Programme for IT has delivered important changes for the NHS including an infrastructure which the NHS today depends on for providing safe and responsive health care.

“Now the NHS is changing, we need to change the way IT supports those changes, bringing decisions closer to the front line and ensuring that change is manageable and holds less risk for NHS organisations.”

The statement does not mention any changes to the Summary Care Record, but says that a separate review is underway which will report at the end of September.

Link: DH press release: ‘The Future of the National Programme for IT’.

Opinion and analysis: E-Health Insider looks back over the national programme as it ends in its current form.