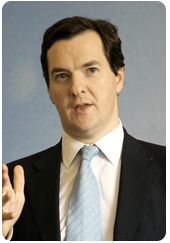 The NHS will be expected to support social care as council budgets are slashed, Chancellor George Osborne announced this lunchtime.

Delivering his spending review statement to the House of Commons, Osborne said the NHS capital budget would be raided so £1 billion a year could be spent on joint working with social care services.

Grants to councils for social care will also increase by £1 billion a year by the end of the four year spending review period.

Overall, council grants will be cut by 7.1% a year for each of the four years of the spending review, but Osborne said local authorities would be given more flexibility in how to spend the money, with only school and public health funding being ring-fenced.

NHS chief executive Sir David Nicholson predicted at this year’s NHS Confederation conference that the NHS would be expected to "expand" to take in social care services put under pressure by the government’s determination to make public sector cuts quickly.

Osborne confirmed that the NHS would receive “real increases” in funding. It later emerged that health service funding will rise from £103.8 billion in the current financial year to £114.4 billion in 2014-15.

This is an increase of 10.2% over the period, or around 0.4% a year in real terms. The NHS will also be expected to find efficiency savings of £20 billion by 2014 and increase productivity.

The savings will come on top of the savings that have already been demanded from the health service, which include £1.3 billion cuts to the National Programme for IT in the NHS, which is now an £11.4 billion programme rather than a £12.7 billion one.

Osborne said extra funding was needed to cope with an ageing population, but listed a number of priorities for investment, including the new cancer drugs fund, new hospitals, and research, particularly into dementia.

He told the Commons that reform of public services was one of the principles underlying the spending review, along with “fairness.”

“There is nothing fair about burdening future generations with debts that we are not prepared to pay,” he said. “That is why we are restoring order to our public finances.”

He also claimed that, overall, those on higher incomes would contribute more than those on lower incomes, when both their financial contribution and their use of public services was taken into account.

Osborne said that in future, all Whitehall departments would be expected to publish an annual business plan that would be open to public scrutiny.

He also announced cuts in the administration costs of all Whitehall departments of one third. Health secretary Andrew Lansley has already said that he wants to see NHS management costs fall by 46% by 2013-14, with £222m being cut this year.

Other measures in the spending to review that will affect NHS staff include plans to increase the state pension age for men and women, which will reach 66 by 2020, and to trim public sector pensions.

Lower paid workers could also be affected by changes to tax credits and benefits, which will be replaced by a single universal credit over the course of the next two Parliaments, alongside a cap on benefits designed to encourage work.

However, Osborne committed the government to eliminating child poverty, and said child tax credit would be increased, even as child benefit is removed from higher rate tax payers.

Osborne said average departmental cuts will be 19%, and 500,000 public sector jobs will go. The big loser in the spending review was the Foreign Office, which will see its budget cut by 24%, although policing will be cut by 16%.

The Chancellor managed to save support for fast broadband roll out, transport investment, school investment, and free access to museums. He also found £1m to celebrate the Queen’s diamond jubilee.