At Oxford University Hospitals NHS Foundation Trust, home grown apps and sophisticated analysis of data are at the core of digital strategy. Staff are hoping global digital exemplar  status will allow them to develop both further, as Nick Renaud-Komiya explains.

For Oxford University Hospitals, the name of the game as a GDE is analytics.

Speaking at London’s e-Health Week conference, the foundation trust’s CCIO Paul Altmann, one of the first CCIOs appointed, explained how the acute provider is joining up vast amounts of patient markers to help clinical decision-making.

The word ‘algorithm’ was liberally deployed.

The trust is using the opportunity of its GDE status to bolster the work it has already done, which has seen the development of some impressive range of homegrown apps.

“Paper-free at the point of care is really only the beginning. Once you have got people disconnected from the paper you can start influencing the way they practise medicine and reduce variation”, Dr Altmann said.

A series of mini big bangs

OUH has made inroads into leveraging large chunks of patient data via its Cerner Millennium EPR system, installed in 2011.

But the Oxonians admit that the journey towards digital adoption has been “very, very bumpy”.

Altmann explained: “We’re using it at some considerable scale. So of the 12,000 staff we employ in Oxford, just over 10,500 staff use the digital system. It’s important to put systems in that interfere as little as possible with the clinical workflow.

“You need to have some major tipping points. If you’re not doing a big bang, you need to do a series of mini big bangs – where you stop doing stuff. There are some things that I would have liked to stop doing that we haven’t been able to because that last little thing still wasn’t in place.”

A key plank of OUH’s GDE-funded work is to become more agile in its production and use of analytics. Last summer the trust adopted the data-visualisation software Tableau as a reporting tool, so data plucked from the EPR can be presented to relevant clinicians.

“Paper-free at the point of care is really only the beginning”, Dr Altmann

The trust has also created SEND (System for Electronic Notification and Documentation), which records patient vital signs in real time and allows clinicians to quickly get advice as to whether escalation in a patient’s care is required. The app was originally designed for iPad, but users can access the information on any connected tablet device.

The system sends information directly to the EPR and feeds decision support tools, including a sepsis agent. The trust is giving the app away licence-free to counterparts, including Newcastle Hospitals NHS Foundation Trust. A handful of others are also looking to deploy SEND in the near future.

Improvements in productivity and efficiency are already being seen, Altmann argued. The trust saved £500,000 on blood products in the course of a year because of rules implemented through digitisation.

Rowing towards improvements in referrals

Elsewhere, the Oxford Acute Referral Service (OARS – the trust has a knack for user-friendly acronyms), allows for inter-hospital referrals to be carried out more “slickly”, as the team put it. The system’s key strength is that it maintains a record of conversations and agreed tasks between both parties.

Another creation to emerge from the trust is a secure clinical photography app. It pushes photos taken on a smartphone into an internal clinical data repository and then into a patient’s electronic record. Altmann wrote the app, based on a standard database architecture, over the course of an afternoon.

He added that within OUH there are people interested in developing new apps around the “mothership” of the trust’s IT architecture, and also in partnership with local universities.

When pressed by Digital Health News as to how the success of these innovations will be measured, Altmann said: “One of the simplest ways [to measure progress] is if a clinician says ‘I really can do without the paper record’; that’s the ultimate goal.

“We will measure the number of times we pull the paper records. The departments that will want to go [towards paperless] quickly will be the ones that will put up their hands first and say: “We stopped pulling records this month”. 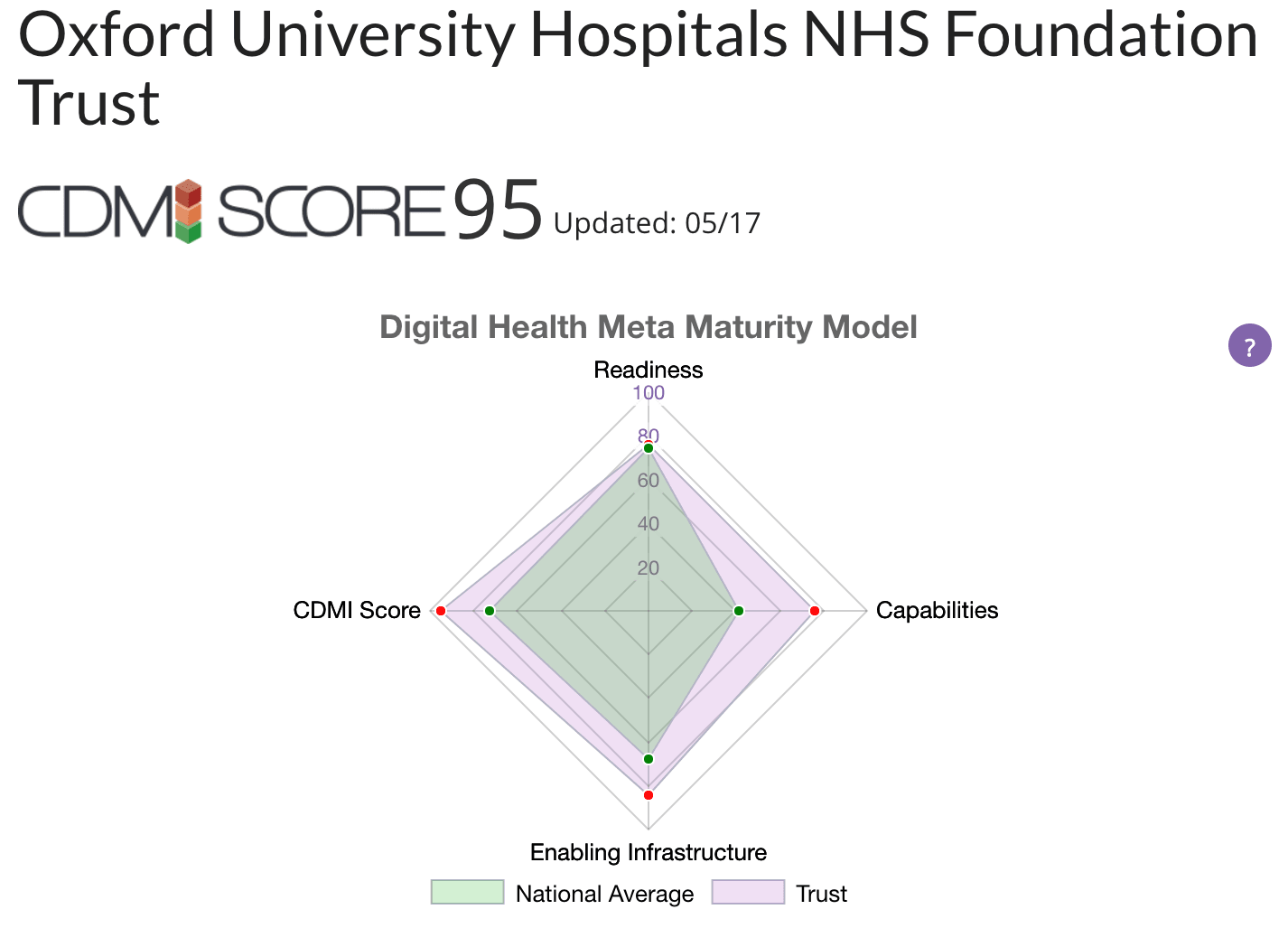 David Evans, head of Director of Community and Policy with the British Computer Society, felt for the IT leaders at Southport and Ormskirk when he...