Special Report: Software as a Service 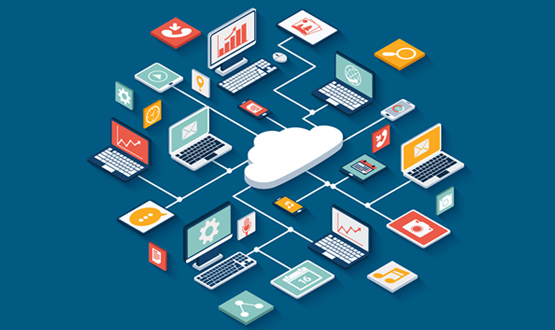 Software as a service has become ubiquitous in our everyday lives – we check our Gmail, pop large files in Dropbox and subscribe to Office 365 rather than buying a copy on disk. Can it make a similar progression in the health service? Jennifer Trueland investigates.

It was back in 2013 that the UK government introduced a cloud-first policy, saying that when considering new or existing services, public sector organisations should fully evaluate potential cloud solutions before exploring any other option.

This policy was mandatory for central government and “strongly recommended” for the wider public sector, which naturally includes the health service.

Software as a Service (SaaS) is one of the main planks of cloud computing and most of us will be using it in our everyday lives. Essentially SaaS allows users to access applications over a network rather than via an installation on a device. Well-known examples are Dropbox (for transferring and viewing large files); Office 365; and Google Apps, including Gmail.

Advocates say it saves money, partly because the user does not have to pay upfront for the system – rather, it tends to be run on a subscription, pay-as-you-go basis – and because it saves organisations the resource-intensive task of maintaining and updating the applications.

But while some healthcare organisations have embraced cloud technology – NHS Education for Scotland, for instance, have even moved their entire system to a cloud-based platform – others remain sceptical. So what will it take to convince decision-makers of its benefits and encourage a more wholesale adoption – and would such a move be good for the NHS?

Neil Everatt is chief executive officer of Selenity, which was an early entrant into the cloud technology world. Its cloud-based employee expenses management software NHS Expenses is now used by more than more than 200 organisations, representing two thirds of the NHS.

“SaaS brings real benefits to healthcare organisations,” he argues. “They don’t have to host the technology, and there is benefit in getting updates right away, rather than having to wait for a CD ROM to arrive in the post.

“There’s a soft benefit too, in that it makes employees feel great because they are getting the right tools to do the job. And, of course, referring particularly to our software, it means they get their expenses more quickly.”

He believes that the health service could be reaching a tipping point on uptake of SaaS.

“I think we’re over the initial caution, which was around whether data is safe. Companies like ours have done a lot to ensure security and compliance with standards. But there is still a lot of paper around in the NHS and there’s still a lot more we could do.”

This message is certainly getting out to the private sector, according to Bob Bond. He’s CEO and co-founder of WriteUpp, which offers a cloud-based practice management system for small to medium sized health enterprises, such as physiotherapy or psychotherapy practices.

He sees numerous advantages in SaaS, not least in saving of time and effort in installing computer software, especially to remote offices.

Although his company works with a small number of NHS organisations, the SaaS business focus is on private practice. “Most of the people we deal with are great health professionals, but they don’t want to be that IT savvy, so, to an extent, they push that responsibility on to us. They want to be able to fire up their browser, log in, and that’s it. And when it’s cloud-based, they can log in at home, at work, or on their mobile – it really doesn’t matter, and means they can get on with what’s important to them, like seeing patients.”

He says the NHS has a number of challenges that have prevented a wholesale adoption of cloud technology, including well-documented budget constraints and its traditional approach to IT procurement, which he believes still prioritises the big project.

He would like to see organisations make decisions based on the payback they might get from investment, starting small and building up – something that SaaS is ideal for, he argues, because there’s generally an ability to increase or decrease the amount of “cloud” you use. But he feels IT procurement tends to be done with a “big pot of money that buys an all-singing, all-dancing big-bang solution” that perhaps isn’t fit for purpose.

“I think the NHS has to change and that [cloud technology] should be adopted,” he says. “But the issue is that there have been waves of technology deployed over time, which means that there are still systems where there is software off a server and a PC, and they have to talk to each other. That’s a natural legacy, and it won’t just affect the NHS.”

Luke Snelling, on the other hand, believes the health service is on a journey and is increasingly keen to reap the benefits from cloud technology. Account manager for patient safety software provider Datix, Snelling says many NHS clients are making the move from its web-based patient safety product to one that is hosted in the cloud.

“One important benefit is around management,” he says. “When you look at IT departments in large hospitals in particular, they have to manage the hosting, the updates and everything else. But if they can outsource that to a specialist provider, then that’s one thing that’s off their plate.
“There has been some hesitancy because there is a perception that moving to the cloud means a loss of control. But when the IT people see the detail, and when the end users see how well it works, then they are keen to move forward – in fact, there’s a real appetite for it.

He concedes that change can be slow in the public sector and suspects it will be a “slow curve” when it comes to moving to the cloud.

“Ten years ago we started moving across from locally stored [information] to servers, but there are still some who are using applications stored on their devices today. The reality is that some people are reluctant to move, partly because they think ‘if it isn’t broke, don’t fix it’. But I think that healthcare organisations are increasingly seeing the benefits of moving to cloud-hosted products, and that the journey will continue.”

Everatt for one thinks the financial bottom line will be a driver. “In my experience there are some really clever individuals working in NHS IT. But a lot of procurement people haven’t got a great understanding of cloud – and why should they? Fortunately we work a lot with finance directors and they really understand the advantages.”

For Christopher Wroath, director of digital transformation at NHS Education for Scotland (NES), embracing cloud technology is a key part of the future for health and social care – and he believes that “future” might come sooner than many think.

“In general at the moment data exists within a physical boundary set up by an organisation, and sits on servers behind a firewall. The digital world is a new paradigm: it’s cloud-based and identity control provides security.

“We need data to be available when we need it, and I believe that cloud is the way we need to shift in the future.”

However, he also understands there are a number of challenges; not least getting the technology right. “The technology is in its teenage years – it’s not a child and it’s not fully mature.

He thinks that the general data protection regulation (GDPR), which comes into force in May 2018, will actually help concentrate minds and drive uptake of cloud technology, because policy-makers and decision-makers in healthcare organisations will see the advantages that cloud brings. This includes the drive to develop and adhere to standards that allow information to be shared as a default position. “It’s about understanding that it’s possible to do it,” he adds.

He believes that the Scottish health service is well placed to make the shift, and points to NES’s own successful move to Microsoft’s Office 365 cloud platform last year as evidence that it can be done.

“I think in healthcare things will look very different in five years time – the giant is stirring,” he says.

* Digital Health is running a cloud summit on 24 January with the aim of providing senior healthcare leaders and other decision makers with the latest insights into successful deployment of cloud-based technology in UK healthcare. The one-day conference will be held in London and is free to attend for public or charity employees providing health and care services. There are limited places, so register now to ensure your spot at this important event.

Chief executive of leading GDE announces she is leaving

The chief executive of a leading Global Digital Exemplar (GDE) in Southampton has announced she is leaving for a position in Canada.