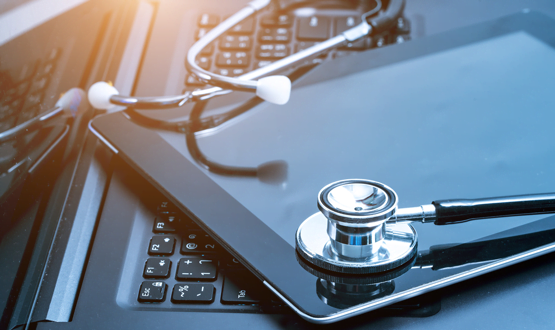 Medical devices are a ubiquitous part of modern day healthcare – blood pressure monitors, infusion pumps, spirometers, the list goes on – and increasingly digital rather than analogue. Traditionally the data such devices collect has been held in something resembling isolation, but the growth of electronic patient records and data analytics holds the promise of being able to harness this information in a new way. Maja Dragovic reports.

The operating theatre is home to a number of medical devices which can seem startling to the casual observer. Traditionally anaesthetists would write down the mass of information which said devices generated. But in a theatre setting that has fully integrated medical devices, an anaesthetist can fully concentrate on monitoring the patient instead, knowing ventilator and other monitor readings are being automatically uploaded into other systems. It’s similar in intensive care and high dependency: integrated medical devices can significantly reduce the workloads of nursing staff.

And taking the next logical step, this data can also be used to drive better decision making. In some departments at Cambridge University Hospitals NHS Foundation Trust, for instance, the data collected by medical devices is automatically uploaded into the electronic patient record – allowing early identification of any serious patient deterioration by a dedicated team.

“We have a rapid response team in the trust based in intensive care and they remotely monitor all patients in the hospital on our EPR system,” says Herber Coscrato Bachmayr, eHospital senior team leader at Cambridge University Hospitals NHS Foundation Trust.

“Whenever there’s a patient that’s deteriorating, the rapid response team will know before they are notified by the local staff. That means appropriate action is taken, patients get early treatment and they can be kept out of intensive care or taken into intensive care at a very early stage, reducing their length of stay there in the long term.”

Barnet and Chase Farm Hospitals, part of Royal Free London NHS Foundation Trust, are aiming to similarly harness the power of integrated medical devices to improve identification of patient deterioration. The hospitals recently went live with an integration of Welch Allyn monitoring devices with its Cerner EPR. The devices automatically capture observations and, in turn, calculate the patient’s early warning score – a indication of whether his or her condition is deteriorating to the point of requiring intervention.

“All of that is happening at the device, at the bedside and it automatically flows into the EPR,” explains Andrea Dantas, senior physician executive at Cerner. “The integration eliminates human error while increasing real time documentation.”

This isn’t the only example of Cerner’s efforts to integrate medical devices with its systems. Work is also underway to support smoother processes within the trust’s renal medicine clinic. The aim is to have observations, patient weight, and urine sample results already in the system before a patient sees a medic.

“All of that information flows into the patient record and the doctor can review it before the patient comes in,” explains Dantas. “It’s improving efficiency, accuracy, clinical data and gives time back to the clinician.”

The company is exploring how patient-facing medical devices and portals can make a difference – a further evolution to telemedicine, which has of course been long-touted. Cerner’s patient portal allows patients to share their blood glucose and blood pressure readings from devices, with a clinician then able to access and review the data.

“Portal integration is very important because the patient portal is the route through which they update their own patient record,” says Dantas.

A similar initiative is underway at Salford Royal NHS Foundation Trust. Staff there have started working on a project that aims to improve care for patients with rare metabolic conditions.

“[These] patients are generally on quite a expensive medication regime,” says Chris Chapman, digital ecosystems lead at the organisation. “So ensuring the efficacy of medication is extremely important to us.”

Members of the metabolic medicine team identified they would be able to much better manage their patients between appointments – which can sometimes be 12 months apart – if they had access to data around general wellbeing, quality of sleep and level of activity. So they are gathering such data from devices, and then analysing it to infer pain levels and other discomfort. Where they can identify there are likely to be issues, Chapman explains, they can actually directly engage with those patients without having to wait 12 months for an appointment to find out they’ve been having problems.

More broadly, Salford – which, like Cambridge, is one of the global digital exemplars – is exploring means of integrating a diverse range of medical devices with other systems, such that the data generated can be used to provide real intelligence.

The trust is working with Marand from Slovenia on an openEHR platform that would allow the trust to work with any vendor to seamlessly integrate new devices into the electronic record.

“openEHR is now our go to for interoperability,” says Chapman. “So, multiple systems, multiple solutions.” The idea is to enable the clinical teams to work with any company from anywhere in the world that is providing a digital solution that works for their patient cohort without tying them to any one vendor, says Chapman.

“If you want to work with us, you need to work to open standards, because otherwise integration becomes an industry in itself.”

However, Chapman cautions, it would be a mistake to attempt to integrate everything at once.

“It’s fine when you’re trying to integrate one service in one department, but when you look at interoperability as a scalable solution across the entire hospital or hospital group, you need to have solutions that are vendor agnostic and device agnostic.

“Solutions like openEHR provide that opportunity to work at scale and at pace to realise the benefits of doing digital healthcare.”

So the consensus is that integrating medical devices with hospital systems can improve care for patients, but there is still some way to go. The first problem, suggests Coscrato Bachmayr, is that medical devices used in the NHS are often not the latest technology. “I think there are lots of devices around which are not very easy to connect.”

The second problem is the hospital infrastructure. “That does not only mean you need to drill and put cables into the walls and lower ceilings, you also need space for switch covers and that is a problem in NHS hospitals because usually they are very tight on space,” explains Coscrato Bachmayr.

Money is a problem too. “You need network infrastructure at every bed space which makes the upfront investment cost huge,” he says.

But the biggest problem with integrating medical devices is a common one across the healthcare space: interoperability, or more accurately, a number of device manufacturers’ insistence on proprietary standards.

“Many companies still develop medical devices which basically connect to their company’s own interfacing system,” says Coscrato Bachmayr. He argues it would be beneficial in the future if every device had an HL7 interface built in. “The whole interfacing cost and complexity would shrink down.”

Daniel Johnston, clinical workflow specialist at Imprivata, suggests what is needed is a standardisation with a capability to localise. “That’s crucial and the NHS is in the perfect position to be able to drive that.”

And the prize is clear, says Johnston. “If you have interoperable devices that can speak to each other, you are looking at streamlining workflow and creating efficiency and quality. Interoperable devices create situational awareness whereby you have multiple people functioning of the same level of information. It is a single source of truth that everybody works from.”