For Ewan Davis, the recent reported annoyance over the purpose of local health and care record exemplars (LHCREs) is misplaced – he argues that it was always the intention for LHCREs to enable a national data resource. He also believes that such a resource is necessary and valuable. But he suggests it will only be possible if changes are made and the lessons of the past heeded.

As Jon Hoeksma says in the title of his recent piece, a tug of war over local health and care record exemplars (LHCREs) is underway.

The controversy seems to have been ignited by the insistence of Matthew Swindells, NHS England’s deputy chief executive, that the LHCREs should be persisting normalised data at scale to enable a common library of analysis tools to be run across all of them.

This seems to have come as a surprise to some of the LHCREs. But all I can say is that if they are surprised then they really haven’t been paying attention.

The history of the LHCREs can be traced back to a publication emerging from work by Will Smart, chief information officer for health and social care in England. Early versions of the document – which, as reported by Digital Health in January 2017, referred to the creation of a ‘data lake’ – have disappeared from the web. But a later sanitised version of “Enabling evidence based continuous improvement: the target architecture” has been preserved by MedConfidential.

This document is clear that the primary purpose of its proposals is direct patient care but it is equally clear that secondary uses are also important objectives.

Read between the lines – and consider this document arose from a discussion about creating a national patient data collection service that would make pseudonymised and identifiable patient data available for research – and it’s difficult to avoid the conclusion that secondary uses of data were high on the agenda. Note too that said discussion was between the NHS; IT suppliers including IBM, Microsoft and Google DeepMind; and several universities.

The primary importance of secondary uses

I’d be the first to acknowledge the importance of using NHS data for a range of secondary uses. Indeed, I’d argue I was one of the first people who tried to do so. In 1987 my company AAH Meditel built a database of five million “anonymised” GP records. We were fighting the technology all the way and this scheme and a similar one by VAMP Health ultimately failed. But we computerised general practice, learnt a lot, and laid the foundations for GP research databases like THIN, CPRD and QResearch that continue successfully to this day.

When the then-national director for patients and information Tim Kelsey launched care.data, he made the hyperbolic statement that without doing something like it the NHS would soon cease to exist. Well Tim Kelsey didn’t do it, time has passed, and the NHS is still here.

That said, he had a point. If we are to address the challenges that healthcare faces, we do have to exploit the opportunities that are offered by digital technology. That includes machine learning and deep learning analytic tools that are far more powerful than those available to me and my colleagues 30 plus years ago.

For this to happen we will need to address three key issues.

Firstly, making the data available in a computable form. Today, data is fragmented between paper records and multiple systems each holding information in proprietary, incompatible formats. Much of the most interesting data is held in the myriad of ‘feral’ or ‘shadow’ IT systems developed below the corporate radar, out of frustration with corporate systems’ inability to meet the needs of individual clinicians.

We can address this by moving to an open platform where data is stored in a single open computable format. A blueprint for this is laid out in the Apperta Foundation’s “Defining an open platform” document. Two of the LHCREs (Manchester, and Yorkshire and Humber) are following this blueprint. If others follow, we would have the ability to do the national level analysis that Matthew Swindells seeks.

Clearly it’s a long journey to move from current systems to an open platform but the LHCREs are a great place to start. And the place for them in turn to start is with a personal health record. Again, Apperta lays out a plan for this in “A blueprint for a co-produced personal health record” which builds on the pioneering work done by the Ripple Foundation with the Leeds PHR.

The garbage in, garbage out issue

Secondly, we must understand and improve the quality of data stored. Much of the information currently on corporate systems has no operational value to those recording it and the task is thus completed with little care, meaning incomplete and inaccurate data.

Meanwhile data that is of adequate quality to be used for the purpose for which it was recorded may not be fit for any secondary purposes. The old adage of “garbage in, garbage out” holds true for modern data analytics where the black-box algorithms now make it much harder to spot the garbage out.

To address this we need to make data quality important to the people doing the recording. This means the focus has to be on direct care first and foremost. Systems need to be created that support the process of care and make the work of frontline staff easier, quicker and more rewarding. We can’t afford to continue with systems that slow down the job and create stress for frontline staff.

Nor can we afford the solution adopted in the USA to address the poor usability of the obsolete megasuites that dominate the hospital electronic health record (EHR) market – namely the creation of an army of medical scribes to sit between the clinician and the computer. Instead we need to enable those innovative companies with radical approaches to user interface and user experience design (UI/UX).

Again an open platform can do this by dealing with the complexity of health data and the compliance issues associated with it. That way, the app developers can concentrate on solving the complex UI/UX challenge of making IT useable in complex clinical environments.

The need to regain public trust

Finally, we have to address the confidentiality and information governance issues raised, particularly by secondary uses. To do this we have to be honest and open with the public and let them decide how their data is used. We need to acknowledge the risks and concerns that exist and avoid repeating past mistakes like care.data and the debacle at Royal Free NHS Foundation Trust with DeepMind.

We need to acknowledge that rich clinical data cannot be robustly anonymised. De-identification is important to avoid unintended disclosure, but re-identification is easy by those minded to do it. The lies told by care.data about the effectiveness of anonymisation, and the deliberate difficulties put in the way of those who wished to opt-out, have massively and unnecessarily undermined public confidence. We need to re-build it.

Professor Joe McDonald neatly encapsulates the approach we need to take in his phrase: “Data is there for the asking not the taking.” His wisdom is based on work with the Great North Care Record, which has gone to great lengths to engage with patients and make it easy for them to give or withhold their informed consent.

For evidence that if approached honestly and openly the public will agree for their data to be used for secondary purposes, we need look no further than UK Biobank. The team there have successfully recruited 500,000 volunteers to donate not just their data but also their time and bodily fluids, all on no more than the promise of the greater good for future generations. By restricting “taking the piss” to its literal meaning, UK Biobank hit their recruitment target more quickly than expected.

So returning to the LHCREs. Their first objective must be to support the delivery of new models of joined-up care and allow the development of new digital tools that make the life of frontline staff and patients better. But – and this is of no less importance – we also need to produce the consistent, computable data that can support population health, making use of the latest developments in machine learning and big data analytics within and across the LHCREs.

These objectives won’t be achieved by trying to join up a ragbag of legacy systems or the surreptitious use of patients’ data. We need a new approach based on open platforms and open governance.

Ewan Davis is a digital health strategist, chief executive of inidus and a non-executive director at Digital Health. 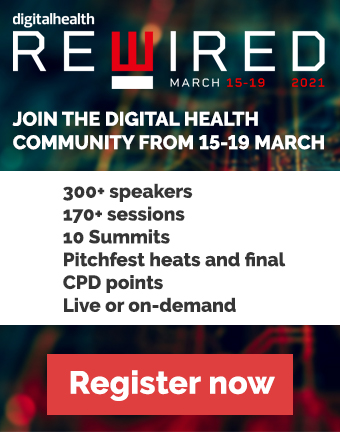 NHS cybersecurity needs to be a qualified success

A freedom of information request which revealed a lack of cyber and information governance training may be something of a red herring. But that doesn't...