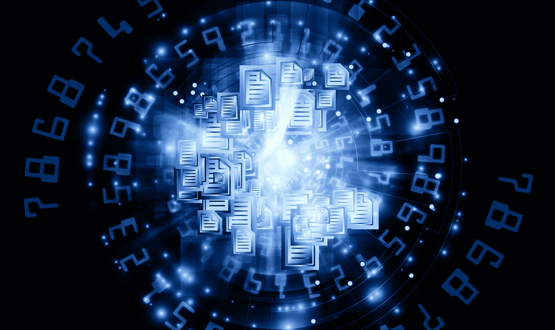 In the midst of the coronavirus pandemic, the importance of digital tools across the NHS is on the rise. Claire Read explores how electronic document management (EDM) solutions are one which helped get the ball rolling.

As Ed Prosser-Snelling sits in his office on level three of the west block of Norfolk and Norwich University Hospital, he is forced to gaze at a sight he has come to hate. “I am looking at a pile of case notes that is four feet high,” he reports. “I want them gone – I’ve had enough,” he says with a chuckle. “It’s going to improve my back not having to push them around in a trolley with my dictaphone, it’s going to make my life a lot better, and it’s going to genuinely improve the lives of all clinicians in the hospital.”

Prosser-Snelling, a consultant obstetrician and gynaecologist as well as his trust’s chief clinical information officer, neatly sums up the argument for electronic document management (EDM) systems.

Create digital records, or scan copies of old records, and there is no longer any need to store hard copies – which take up a significant amount of space; 14 miles of shelves and 1.8 million records sit in the Norfolk and Norwich University Hospitals Foundation Trust health records library. And via the interface of an electronic document management system, potentially as part of an electronic patient record, becomes possible for clinicians to access information with greater ease than ever before.

“Although we’re very proud of our health records team, we know that that paper’s only available to one clinician at one time to deal with one episode of care,” explains Anthony Lundrigan, the trust’s CIO. “So it’s really important to liberate that paper data and make it available, as part of a programme is to put more technology and information in the hands of clinicians, for better decision making.”

The trust began its EDM programme back in November 2019. Since then, of course, the world has changed. And it’s meant, Prosser-Snelling says, that the appetite for digital transformation has increased further still.

“What’s happened during Covid is this kind of mass awakening of the entire hospital’s clinical staff to the need for digital tools,” he reports. “EDM is an established programme of work and is really the test case for us of how we can capitalise on this increased level of digital consciousness, and the desire to have a more mobile and more agile solution to viewing patients’ records.

“There is still a degree of cynicism around, but I because we have delivered on a number of things that were needed – rapid home working, agile development of things like that – Covid has allowed us to build some significant trust with the clinical staff, which has really taken us forward in what we can do.”

For Ace Thindal, the trust’s EDM project manager, and its head of digital hospital Jonathan Walker, the question is now one of speed. “It’s how do we go as fast as we can as safely as possible on this,” explains Walker. “We’re trying to figure out how we shorten the critical path without compromising the end goal or putting people under undue strain.”

According to Lisa Harris, chief operations officer at IMMJ Systems – which is supplying the EDM system at Norfolk and Norwich University Hospitals Foundation Trust – this has not been an uncommon state of affairs in the past few weeks. Covid-19 has meant, she says, that some organisations have chosen to more speedily advance their electronic document management plans.

“We’ve either got existing clients that have decided to accelerate and bring their timelines forward to support their virtual clinics, or we’ve got brand new contracts that we’ve managed to secure because there wasn’t an EDM solution in place,” she says.

At one trust, she says it was possible to stand up a solution within a matter of days to support virtual clinics. “When we’re looking at projects like that, that are so rapid, we have to look at rescoping some of the interfaces and integration with other systems. It’s about prioritising what do we absolutely need now in order to stand the solution up and present digitised patient records as quickly as we can, and what will shortly follow.”

The suggestion that Covid is leading to faster digitisation – and so EDM uptake – is one echoed by Steve Burton, head of business development at Civica. “There are a couple of people we’re talking to at the moment that are looking to accelerate their EPR programme and as a result the EDM component of that moves forward,” he says.

He also reports that changes brought about by Covid are leading to slightly different needs. “Obviously everybody’s moving to video conferencing and so we’ve done some work around developing some electronic forms to record clinical outcomes as part of video consultations.

“We’ve done that free of charge and released it to customers, to enable them to just deploy something quickly without having to buy a module to support that or develop anything new.”

While Digital Health Intelligence data shows a relatively small proportion of trusts currently have an electronic document management system, some report a sense the argument on the virtues of such a setup has nonetheless now largely been won.

“What we know is, when these projects are delivered effectively, there are more than enough proven case studies where trusts are quoting figures out there that show that you can release multi-million pound year-on-year savings,” says Harry Pettet, managing partner and lead consultant at EDM Healthcare Consulting. The company – which is partnered with Keystream Group – offers organisations support in efficiently implementing document management systems.

But while the benefits of such systems may have been accepted, Pettet argues there is more work to be done in ensuring organisations implement them in such a way that they reap the full benefits.

“For us, one of the most challenging and saddening things is that so many trusts don’t even know that they’re missing their true potential,” he says. He and his colleagues have conducted research which suggests a typical outpatient attendance will create four separate pieces of paper. Scanning these for use in an electronic document management system comes at a per-document cost. But in shifting to EDM, some organisations use methods that add yet more paper.

He argues that consultation with sector experts can help avoid such mistakes. And for IMMJ’s Lisa Harris, true EDM success lies in collaboration between three different partners: the EDM provider, the trust, and the scanning provider. “Sometimes the scanning provider is also the trust. But I like to see it as three elements, even if it’s within the trust, because it will be the medical records service that underpins that. And all three components have to be working together.”

One scanning provider expects interest in its services to further increase as the impact of Covid continues to be felt. Simon Holroyd, managing director of Scan House solutions, reports “the urgency has increased”.

“Because of remote working and accessibility and agility that is now going to be required for the new normal, as everyone calls it, I think organisations are redirecting funds towards this more.”

What he hopes is that CCIOs and CIOs who are interested in progressing create digital documents will consider the quality of scanning. Holroyd’s firm meets the British standard for legal admissibility of electronic information (BS 10008), something he suggests is relatively rare.

“What it’s saying is that we are producing a true facsimile of the original document, and we are certificated to do that. It’s very expensive and very complicated to get that standard – there’s a lot of work involved – so some organisations say they’re working towards it. But if a hospital, for example, scans a load of documentation they can’t officially destroy it unless it’s been scanned to 10008.”

In other words, there are some key questions CIOs and CCIOs can valuably ask before implementing such a setup. But those in the sector say what is without question is that interest in EDM is on the up.

“I think in a lot of cases trusts had already given a lot of consideration to their business case and had well established requirements, but Covid has obviously brought it forward,” says Harris.

“If anything, now we’ve identified a significant business benefit that’s probably never appeared in any business case previously, and that’s a pandemic. I think the climate’s changed – people are much more receptive to technology given the current climate, because it keeps supporting some level of business as normal through current times.”