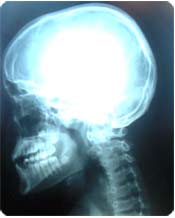 Patients at the Royal Free Hampstead NHS Trust are potentially at risk of having duplicate x-rays ordered and receiving double exposure, following the introduction of a new Cerner electronic record system.

The problems, stemming from the introduction of a Cerner Millennium Care Records System, provided by BT, place the trust at risk of breaching the Ionising Radiation (Medical Exposure) Regulations 2000 (IRMER).

In a statement to E-Health Insider, the trust said no patient has yet received a double dosage of radiation due to the problems.

However, the latest news follows earlier revelations, first reported by EHI, that the installation of the CRS at the Royal Free has caused disruption to services, and cost the trust more than £7m in extra implementation costs and lost revenues due to recuced activity and data problems.

Following the problems at Royal Free, and previously at Barts and the London NHS Trust, all further BT implementations of Cerner in London have been suspended while a review is carried out. There are currently no agreed further deployment dates.

The Cerner Millennium CRS at the Royal Free is creating duplicate patient records. This in turn is creating a risk that staff order may order the same x-ray more than once, using different copies of a patient’s record.

The duplicate records are being created because of problems with the interface between the Cerner Millennium CRS and the trust’s Radiology Information System (RIS), which manages x-ray requests.

To tackle the problem, first identified in July, the Royal Free has hired extra staff to carry out additional manual checks to identify any potential duplicates before x-ray requests are authorised.

As a result staff are now manually “vetting all requests and performing additional checks on the patient’s record.” The trust said it planned to continue these checks, which it described as “best practice”, indefinitely.

In a statement to EHI, the trust said: “The introduction of the Care Records Service has introduced the possibility that a patient may have more than one record on the electronic system. This means that there is a theoretical possibility that two requests for an x-ray procedure can be made for the same patient, one on each of the two duplicate records.”

The statement added: “There has been no double exposure of a patient at the Royal Free due to the problems identified through the Cerner system.”

The trust sought to play down the problem of duplicated records. “Duplicate records are a problem in all large hospitals, but Cerner provides the potential for significantly reducing the incidence.”

Such a benign assessment is at odds with the problem’s inclusion in the trust’s October Corporate Risk Register, where it is listed as one of three new risks created by the introduction of Millennium.

The other two risks, which score even higher than duplicate records, are identified as “business as usual processes are not being followed as a result of the Cerner implementation” and “implementation of CRS system leading to potential loss of income through data processing issues.”

In their joint statement, BT and Cerner said they were aware of the problem of duplicate records. “This was quickly identified and the trust has robust procedures in place to prevent this happening and where it does happen, to resolve duplicate records.”

The statement added: “Specific changes have already been implemented in October 2008 as part of an ongoing series of upgrades to the Cerner Millennium system which aim to resolve this and other outstanding issues at the trust. Changes to the system addressing the risk of duplicate records should be complete next month.”

The joint statement concluded: “The specific issues addressed by the changes only relate to retrieving patient data from the Spine and therefore are only applicable to the LC1 version of Cerner Millennium at the Royal Free Hampstead NHS Trust so the same issues are not evident at BT’s three R0 Trusts in London.”

Are problems with duplicate patient records arising from the London Configuration 1 (LC1) version of Cerner Millennium a cause for concern? Or, as the trust and BT suggest, are duplicate electronic patient records commonplace and a fact of life?

Why not share your thoughts in the EHI Forums…

Fujitsu Siemens computers has launched the ESPRIMO MA, a mobile tablet PC for the health sector.