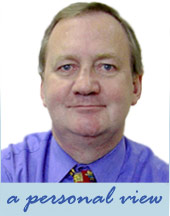 E-Health Insider recently reported that a freedom of information request had forced an NHS trust to admit it had earned £80,000 from an 0844 telephone number.

What the news item did not touch on is that a very significant proportion of a trust’s incoming telephone calls are from other parts of the NHS; so using income generating numbers is forcing one part of the NHS to subsidise another.

It is also forcing trusts to pay much higher costs than they need to. In recent times, the Office of Government Commerce and the NHS Purchasing and Supplies Agency have negotiated contracts with the majority of telecoms suppliers to make sure the NHS obtains the best rates when making telephone calls.

Yet some parts of the service are undermining this good work by installing 0844/0845 telephone numbers and forcing other NHS trusts to pay up to 1,000% more to call them than they would if they were using a standard telephone number. Calls to 08 numbers are excluded from most discounted contracts for both business and domestic customers.

One London trust estimates it is spending in the region of £50,000 making telephone calls to general practitioners and other hospitals using 0844/0845 numbers. The cost of these calls using standard landlines would be in the region of £5,000. Multiply this across the country and the amount of money being wasted is horrendous.

Trusts and GPs adopting these numbers are also turning a blind eye to the fact that calls to 08 numbers are significantly more expensive from a mobile telephone. How can anyone justify forcing a patient, their relatives or indeed a member of staff to pay anything between 20p and 50p per minute to contact a ‘free at the point of delivery’ service?

There are now more mobile telephones than land lines in the UK, so it is extremely worrying that public organisations are using anything other than standard UK telephone numbers.

Additionally, 08 numbers cannot be called from outside the UK. So if you are on holiday and desperately need advice from your GP or your local hospital, you might be placed in the ludicrous position of having to call a relative to act as an intermediary – not much help if the practice insists on speaking to the patient themselves.

When the XL tour company collapsed recently, it was reported that every telephone number that was published for people to make alternative arrangements was an 08 number. This caused massive confusion because all of the people who were trapped abroad could not contact anyone – only adding to their frustration and anxiety.

Many GP’s were encouraged to use the 0844 service on the basis they would get new telephone equipment "free" – but they are now finding they are paying for this in other ways.

Not only are they having to contend with an increasing dissatisfied customer base – patients – but they now realise they have a long term contractual commitment which forces them to pay extremely high call charges for their own outbound calls.

In London, the NHS internal data network (N3) can now be used for voice services; this allows participating trusts to call each other free of charge for a flat monthly service fee. This is producing considerable cost savings.

It is also providing London with a resilient network that will provide those trusts with the foresight to join with the assurance that they will be able to continue to communicate with neighbouring NHS sites if there is any disruption to the mobile or public networks – as a result of a terrorist attack or natural disaster.

Instead of looking at what I regard as unethical ways of generating income, trusts should also be using other new technology, such as speech recognition, which provides the opportunity for significant cost savings and enhancing customer care.

It is bad enough that some parts of the NHS are willing to make patients pay higher prices than they have to. But forcing other parts of the NHS to use high cost numbers to contact their professional colleagues is beyond any justification. Surely, the only people who are truly benefiting from this are the telecoms operators?

It is time someone took this issue on board an issued an immediate directive that all public services MUST publish a standard UK landline telephone number that can be used for routine telephone calls, even if this is in addition to any other numbers which they may wish to use.

Derek Hodgson is the head of telecommunications for the Imperial College Healthcare NHS Trust, which hosts ThamesNet.

ThamesNet is one of the largest private voice communications networks within the NHS and provides a service to a number of NHS trusts and associated research and teaching establishments. Derek has over 30 years experiencing of managing telecommunications within the NHS.

Is there a subject you feel strongly about? If so, why not submit a “personal view” to Lyn Whitfield, managing editor, E-Health Insider: lyn@lynwhitfield.co.uk. Articles should be no more than 800 words in length and will be subject to editing.