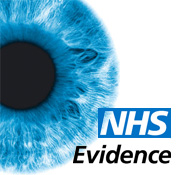 NHS Evidence is a new portal that has been set up to give NHS staff access to clinical and non-clinical guidelines and information about best practice. Daloni Carlisle reports on the new site and the Microsoft technology behind it, which is being billed as ‘search 2.0’.

On the day that NHS Evidence launched, the NHS was in the grip of swine fever panic. Within an hour of opening for business on 30 April, some 4,000 people had gone to the new portal and searched for swine flu or a variation.

In its first month, NHS Evidence went on to receive 930,726 visitors, who between them made 1,139,814 search queries. In his review of the year following his Next Stage Review of the NHS – Quality Care for All: Our Journey so far – health minister Lord Darzi noted: “Quality is the silk thread that is being stitched into the very fabric of the NHS.

“That is why I am delighted with the launch of services that will enable this to happen. A good example of this is NHS Evidence; a new internet portal managed by [the National Institute for Health and Clinical Excellence] which ensures that professionals have the best available knowledge at their fingertips.”

Use of the new service is continuing at just shy of a million users a month, each doing three or four searches – and that’s before a scheduled Release 2, due in October. NHS Evidence is now the biggest division in NICE, with a budget of £20m a year. It’s fair to say that things are going pretty well.

All of which must be a source of pride – or at least relief – for chief technical officer Andrew Fenton. NHS Evidence is using some of the latest technology available – FAST Search and Transfer, now owned by Microsoft. This is an enterprise search platform (ESP) that has been called search 2.0.

“Think of the Google approach as search 1.0,” says Jason Baldry, public sector sales manager for Microsoft’s Enterprise Search Group. Where Google searched the worldwide web, ESPs search the web and internal sources of information that lie behind the firewall.

“We are now looking at search 2.0. It’s about interaction management, genuinely user-centric search, understanding what people are looking for and delivering search implementations specifically geared to their business problems.”

Fenton explains the choice. “We took the approach early on that we needed a single access point for Evidence and conceptually we needed a solution that would be widely used. Most people in our initial research said they used Google; we felt we needed a similar sort of trusted interface.”

As a result, NHS Evidence has the familiar, clean front page of modern search engines with a single query box. A simple search brings up a list of the most relevant information from the initial research as well as a list of options the side to help refine it.

For example, type in “diabetes” and items one and two are from the American Healthcare Association and the National Service Framework respectively. Filter by commissioning as area of interest and you get NICE guidelines.

It’s all quite a long way from the old way of searching for clinical evidence via the National Library for Health with its collection of 32 specialist health libraries and the BNF – even though these currently form the core of NHS Evidence.

Moving away from the Library

Fenton says: “The NLH was facing information specialists and librarians. The strategy was to cascade information and distribute knowledge via expert information people.”

The NLH grew organically, with a suite of systems and providers; and Fenton argues that this impacted on its performance. When Lord Darzi proposed NHS Evidence in the summer of 2008, NLH users were using Ovid (with a three-year contract signed by NLH and Ovid’s parent company Wolters Kluwer Health in March 2008) and HDAS (the Healthcare Databases Advanced Search).

Darzi’s proposal was for an electronic portal that would be widely accessible and FAST’s ESP seemed to be the answer.

Fenton says: “Our starting point was a single aggregation and access point for quality evidence and we needed to find a way to navigate through it.

“FAST allows you to configure from an initial query to a complex search. It is almost like an immediate advanced search. It gives us the option to manage indexing and ingest content in quite an automated way. It is a sustainable way to manage a growing collection. It is a very clear way to organise information from an unstructured dataset.”

From a user perspective that means you don’t need to be an information expert. “Users can search in natural language context,” Fenton says. “You key something in and quickly access through one or two clicks to a much more refined set of results. You can search-browse very quickly and see what’s going on.”

NHS Evidence is a work in progress. Release 2, scheduled for October 2009, will see options to save searches and to “personalise” the front page, allowing FAST to deliver tailored information linked to the profile details that users provide.

It will also see the launch of an accreditation scheme in which NHS Evidence awards a quality mark to organisations that produce their information to a consistently high standard. NHS Evidence expects to award the first ten marks by the end of 2009.

Content should expand too. Right now, it’s the NLH content and clinical knowledge summaries. “We want to expand into drugs and technologies,” says Fenton. “It’s a big area and there is a call for a more consolidated and aggregated view of that information, particularly from commissioners.”

NHS Evidence is talking to Map of Medicine and has already signed a memorandum of understanding on which future talks about a gateway between the two will be based. The legacy services of NLH will also have to be integrated, including NHS Choices.

Is Darzi right to be delighted? More and more health professionals do have access to the internet at work and therefore to NHS Evidence — a survey by the Post Graduate Medical Education Board found that two thirds of junior doctors have continuous access.

And there really is nothing else like it, anywhere. “There are subscription-based systems but nothing as comprehensive as this,” insists Fenton. “Our starting point is open open access. It is a first in the world.”