Healthcare IT news in brief

In this week’s health IT round-up we cover the NHS calling in military help on cyber attack, a tweeting surgeon, and an alternative to NHSmail.

Anna Schuh, a consultant haematologist at the centre, said: “We don’t necessarily need to see our patients in clinic if their condition is stable but we have a tendency to call everyone to the hospital – regardless of the complexity of their condition”.

“That is often very inconvenient for the patient and it places a huge pressure on the haemato-oncology department.”

Oxford, also one of the global digital exemplars, is actively pursuing its digital strategy and has already advertised for 25 new digital roles to implement its ‘Go Digital’ exemplar plan, from electronic patient record developers to cyber security analysts. 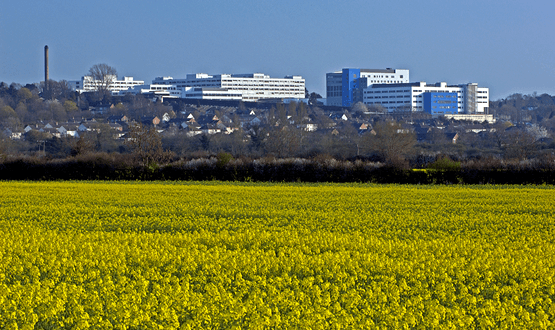 The military have been recruited into a NHS trust’s fight against cyber-attacks.

The move is in response to a cyber-attack in July last year at the trust. The trust’s latest board papers say that the IT director is “working closely with the Army” on cyber security.

A report into a huge and well-funded digital health programme has found that barriers remain to implementing technology.

Dallas aimed to give four different areas in the UK access to innovative health and care technologies, including Liverpool’s More Independent (Mi) and Living it Up in Scotland.

This latest evaluation said factors hindering implementation included lack of IT infrastructure, confusion around information governance and a lack of incentives to prioritise interoperability.

“Although there is receptiveness to digital health, barriers to mainstreaming remain”, the paper said.

NHS Digital has accredited the service’s local email system as being secure enough to connect to NHSmail2, the NHS email system with 1.2 million users across England, Wales and Scotland.

The organisation provides IT services to other healthcare organisation across Leicester, Leicestershire and Rutland. It had decide that “local circumstances determined it was not yet right…to migrate to NHSmail2”.

Chris Biddle, IT assurance manager at the organisation, said the arrangement was a model for other health services that want to retain their local email system while still communicating sensitive information securely with the rest of the NHS.

Somerset Partnership NHS Foundation Trust has deployed Servelec’s e-observation technology. The technology allows vitals to be recorded on mobile devices by the patients’ bed ide, which can then be used to generate an early warning score.

The community trust has deployed the system across 13 community hospitals. The observations are also automatically uploaded to the trust’s RiO electronic patient record.

It’s not going to save any lives, but Royal London Hospital, run by Barts Health NHS Trust, has become the first trust to live tweet a surgery from an NHS account.

The tweets provided a “virtual tour” of a day in the life of laparoscopic and colorectal surgeon Shafi Ahmed, including an successful operation to remove cancer from a patient’s bowels.

Ahmed said it was a chance to “demystify surgery”, to educate the public and “inspire future surgeons”.

Our part of the operation is now finished. Now the HPB surgeons will take over. Thanks for joining us. #surgery #nhs #education WE pic.twitter.com/WSOmqERhtG

Google DeepMind’s Streams app, that alerts clinicians to patients at risk of acute kidney injury, has had its first few weeks at the Royal Free London NHS Foundation Trust. The initial feedback reported by the trust says the technology is alerting 26 clinicians to an average of 11 at risk patients per day.

Sarah Stanley, a consultant nurse who leads the patients at risk and resuscitation team, said that the app is saving us a substantial amount of time every day. The instant alerts about some of our most vulnerable patients mean we can get the right care to the right patients much more quickly.”

Streams has been dogged by controversy throughout its gestation and deployment. A media investigation by New Scientist in May 2016 found that the trust had passed over a huge amount of patient data without patient knowledge. However, the trust stuck by its guns and extended the partnership in November to a five year project.

NHS England is working with Google, Bing and Apple to promote and increase the visibility of NHS.uk, NHS Choices and the much anticipated NHS App...