The boundaries of digital health were decidedly blurred at CES 2020 in Las Vegas last week, with almost every technology category imaginable offering hyper-connected IoT sensors, devices and services promising to help improve some aspect of people’s health and wellness.

A diverse array of start-ups big and small, established big consumer brands such as Amazon and Apple, Proctor and Gamble and Johnson and Johnson, were demonstrating their parts of this digital health ‘eco-system of eco-systems’, the fastest growing segment of the giant tech show.

Amazon, for instance, has partnered with Mayo Clinic to include all its patient guide content on Alexa voice services. Facebook was also talking about its new preventative health tool, which prompts users to get health tests.

Many of the dimensions of health being shown shared the theme of using digital tools and data to support people in their own homes for long-term conditions, behavioural change, mental health and wellness, including sleep.

Digital health was squarely presented within the digital consumer context, connecting to and overlapping health and wellness, wearables, fitness, nutrition and smart homes.

“We are moving from treatment of disease to prevention and cure, and moving from hospital into people’s homes,” said Pamela Spence, Global Health Sciences lead for Ernst and Young at a packed CES Digital Health Summit. 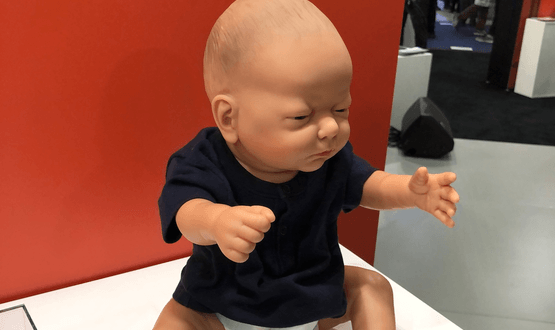 Smart fabrics with embedded sensors, including smart pants and exercise clothes, were on show,offering the ability to measure multiple vital signs. Among the firms exhibiting were Xenoma’s eSkin and Myant, which has just launched its Skin smart underwear.

Smart shoes offered to measure gait and balance and predict early onset of neurodegenerative conditions like Alzheimer’s and Parkinson’s, including French firm Digitalsole. 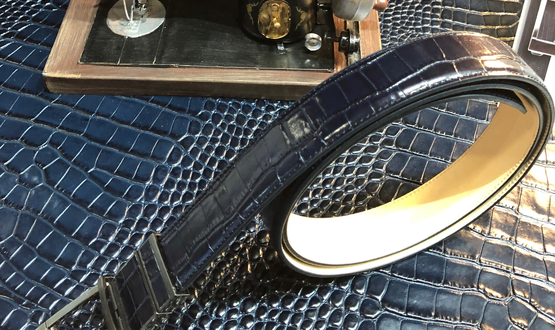 The world’s first smart belt was being demonstrated by Welt

The world’s first smart belt was being demonstrated by Welt, claiming to be able to help predict and prevent falls with continuous sensor readings and a battery life of months.

Smart toothbrushes were on offer that variously coach people to brush properly or measure their saliva, take their temperature or just play them some tunes while brushing. Philips, Oral-B and others led the charge.

A tidal wave of trackers 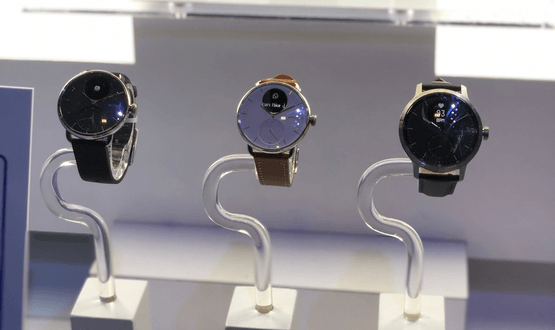 Withings Scanwatch, which measures arrythmias, electrocardiograms, sleep apnoea and health and fitness activity, was on display

Perhaps most impressive of the bunch was the Withings Scanwatch, which measures arrythmias, electrocardiograms, sleep apnoea and health and fitness activity. But the waves of cheap Chinese trackers pointed to a commodity market. 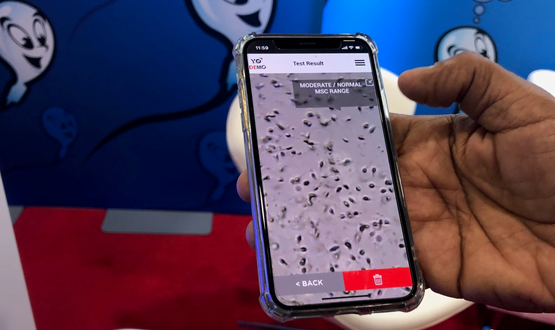 Israeli start-up Yo was showing a sperm health measurement tool that links a small analyser to a mobile phone by Bluetooth which is then analysed using AI.

And brain sensors were also on show to detect stress and levels of attention, to help control devices and link to meditation and mindfulness programmes.

Sleep tech was everywhere, from brain monitors, anti-snoring devices, lighting and smart mattresses to smart nightwear that adjusts the temperature of the bedroom if the wearer gets too hot.

Speakers included US TV celebrity Dr Mehmet Oz, who described sleeplessness as an epidemic-scale problem linked to a variety of conditions, including obesity cardiac problems and diabetes.

Philips has invested significantly in the sleep health, and the company was showing its next-generation Deep Sleep Headband. The product uses sensors to monitor brain activity and detect deep sleep, then plays quiet tones to improve the quality of slumber.

The standard template for almost all the digital health on show was AI, cloud-based IoT and was linked to physical sensors or devices. Married to this was a relentless focus on offering health consumers the kinds of polished digital experiences they’ve come to expect from Amazon or Apple.

Impressive Israeli start-up, Binah.ai, demonstrated a video vital signs reader that measures pulse, blood oximetry, stress and other vital signs by measuring blood capillaries in the face.  The company told Digital Health News it is in discussion with video GP consultation services about bringing the product to the UK.

Proctor and Gamble showcased surely the funniest ‘proof of concept’ at the Health and Wellness part of the exhibition, with its ‘fart-tech’ lab, demonstrating a sensor that could detect when noxious gasses were present in a toilet and when it was safe to enter.

Enormous tilting massage chairs looking like suspension pods were also ubiquitous, as were long lines of visitors keen to try them.

Rise of the care bots

Companion robots also featured, particularly popular in Japan: Lovot, looking like a cross between a manga penguin and a Teletubby and the simpler Qooboo, described as “a tailed cushion that heals your heart”.

Digital health also extended into many other products and areas, offering a much more complex, holistic and multi-faceted picture of health and wellbeing.

There was a series of announcements from the big motor manufacturers about inclusion of smart sensors in their next generation semi-autonomous vehicles. Mercedes Benz announced a new Avatar-inspired concept car in collaboration with James Cameron, the Vision AVTR, that detects your pulse and can sense breathing.

Digital health and wellness gadgets were also on offer for pets, including an AI cat feeding station that measures a mog’s weight and activity and gives them exactly the right amount of food.

Multiple smart home tech systems were being shown to help monitor and support the elderly and people with chronic conditions in their own homes, a segment called ‘ageing in place’ by Americans. These ranged from sophisticated home automation systems to very simple DIY sensor kits linked to a low-cost subscription services.

British start-up DNAnudge was showing how it had taken simple DNA testing and applied the data to help people make healthier shopping decisions. 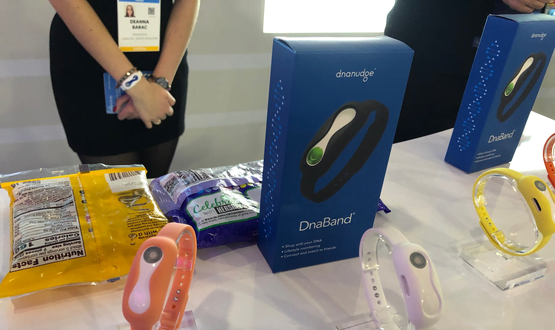 With the first DNA Nudge store having just opened in Covent Garden and with partnerships with major UK supermarkets, it will launch fully later in 2020 and looks set to have a major impact.

“Digital disruption is all about is all about power shift, and the power shift that tech is creating for us as health consumers is really exciting,” said Ernst and Young’s Spence.

Innovate or be bypassed by consumers

While traditional care providers and electronic medical records got a mention at the CES Digital Health Summit, there were few talking about this “professional” old world on the show floor, where innovators were focused on new models and approaches that put consumers directly in control of their health, and in many cases bypassed traditional healthcare providers entirely.

“We have to get digital transaction ready. As an industry we are way, way behind on consumer experience,” he said.

Martin said that companies like Amazon, with 100m prime customers in the US alone, knew how to deliver the experiences people wanted at true scale.

“They will do things in healthcare and shift demand around,” he warned.

“We have about 12 months and then the disruptors will be coming for your most valuable patients.”