Lyn Whitfield looks back over a year of healthcare IT.

As 2009 got underway, the Department of Health was fretting about swine flu. Pandemic flu was the great catastrophe that never hit – but still sucked up NHS funding.

Instead, public confidence in the NHS was knocked when an official report uncovered high death rates and terrible conditions at Mid Staffordshire NHS Foundation Trust, which had initially tried to blame its apparent problems on coding issues.

Closer attention to complaints and patient comments might have alerted the board; and more information for patients was another theme of the year. In March, PROMS were launched. By December, health secretary Andy Burnham was outlining plans to make 10% of trust income dependent on patient feedback.

Meanwhile, E-Health Insider’s news section was dominated, as always, by the National Programme for IT in the NHS. In March, NHS Connecting for Health was reorganised, with power apparently moving to the DH.

NHS Bury delivered some good news for the programme when it went live with Lorenzo Regional Care Release 1.9 in November. Kingston Hospitals NHS Trust managed more good news on the very last day of the month, when it managed the first Cerner Millennium implementation in London for over a year.

A formal assessment of whether Connelly’s deadline was met may take until the spring. But the future of NHS investment in IT has become increasingly clouded by the financial problems that the health service will have to start facing in earnest in 2010-11.

Throughout 2009, warnings over the impending scale of the “efficiencies” it would have to make became ever gloomier. In the December Pre-Budget Report, Chancellor Alistair Darling spelt them out – adding that the NHS staff expected to implement them would have their salaries frozen for good measure.

The coming crunch may be one reason the DH is anxious to see a new wave of procurements in the South completed by April. The coming general election may be another.

The Conservatives published their independent review of health and social care IT in the summer, and are now committed to dismantling much of the national programme as it stands; and possibly to making more use of health records from commercial providers, such as Microsoft and Google. As ever in NHS IT, the only constant is change.

The year opened amid fears of a flu pandemic. Guidance from the British Medical Association said that if things became really bad, a telephone and online national pandemic flu service would be the only way for people to get anti-virals.

Later in the month, the Commons’ Public Accounts Committee recommended that the National Programme for IT in the NHS should be given six months to get electronic patient record systems into acute trusts.

The Rotherham NHS Foundation Trust announced that it was going out to tender for a new EPR, saying it could not wait for the national programme.

The Department of Health issued guidance on the first wave of Patient Reported Outcome Measures to be collected for elective care. 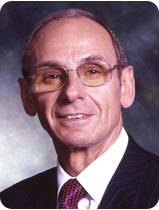 Gordon Hextall, the chief operating officer of NHS Connecting for Health, announced that he would leave in April after five years with the agency. Immediately afterwards, it became clear that a major re-organisation of CfH was underway, with many of its functions moving to the DH.

In the middle of the month, the Healthcare Commission issued a report revealing high death rates and shocking standards of care at Mid Staffordshire NHS Foundation Trust.

BT took over the “live eight” Cerner Millennium sites in the South of England that had been without a local service provider since Fujitsu’s exited the previous year.

In the Budget, Chancellor Alistair Darling said that while the NHS would not face ‘cuts’, it would have to find billions of pounds of ‘efficiency savings’. A Treasury report suggested that IT procurement and shared services were good places to look for these.

Opposition parties targeted major government IT projects, including NPfIT; with Conservative Party leader David Cameron suggesting that Microsoft Health Vault and Google Health could do its job instead.

Christine Connelly said she wanted to see ‘significant progress’ on getting Cerner Millennium and iSoft’s Lorenzo into acute trusts by November.

It emerged that the national flu line would not be ready until autumn. But CfH was able to announce the successful migration of NHSmail to the Microsoft Exchange 2007 platform.

CfH head Martin Bellamy outlined a new deployment philosophy for Cerner Millennium in London, where ‘strategic’ implementations were stalled in 2008 following problems at the Royal Free and Barts and the London.

NHS chief executive David Nicholson warned the health service it might have to make “unprecedented savings” of £15-£20 billion by 2014.

Andy Burnham replaced Alan Johnson as health secretary, while Mike O’Brien became the minister responsible for NHS IT. The NHS Confederation warned Burnham, a former employee, that the future of the NHS was “unprecedentedly difficult.”

The British Medical Association made its annual call for the national programme to be scrapped, describing it as “the worst case of planning blight in the NHS.” Martin Bellamy left for the Cabinet Office.

A report from the Centre for Policy Studies led to press speculation that the Conservatives would make the use of private health records party policy.

Blackpool announced that it was going to use the Additional Supply Capability and Capacity (ASCC) framework contract for an EPR procurement. 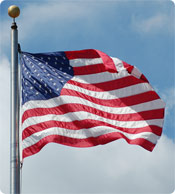 Oddly, the summer was dominated by debate over US healthcare reform. Republicans likened President Barack Obama’s plans to the ‘socialised medicine’ of the NHS, leading to a massive ‘weloveNHS’ campaign on Twitter.

E-Health Insider established that NHS Bury was Lorenzo’s November milestone, and that it would deploy Lorenzo Regional Care Release 1.9.

Party conference season saw Labour’s Mike O’Brien promising that ‘the NHS is safe in our hands’ and a focus on quality and efficiency would see it through the financial crisis.

The Quality, Innovation, Productivity and Prevention (QIPP) message has by now become a staple of speeches and policy documents.

Shadow health secretary Andrew Lansley launched the independent review of health and social care IT that the Conservatives commissioned from Dr Glyn Hayes in 2008. The party’s response said it would ‘dismantle’ NPfIT in its current form – but failed to make commercial health records policy.

The month opened with a Parliamentary answer revealing that Lorenzo had just 174 regular users at five trusts,while Blackpool announced that it had chosen Alert Life Sciences for its EPR.

Christine Connelly announced the five criteria for deciding whether this constituted ‘significant progress’, while making it clear that senior DH officials would take until spring 2010 to make a judgement. Connelly also launched a new wave of procurements in the South, using the ASCC framework.

The DH announced that the NHS Summary Care Record would be rolled out across London, followed by the East of England.

The Pre-Budget Report revealed the sheer scale of the “efficiencies” that will be demanded from the NHS from 2010-11, along with a pay freeze and tax rises for NHS staff.

Alistair Darling told the BBC’s Andrew Marr Show that the entire national programme would be a casualty – only for Andy Burnham to launch a spirited defence of it the following day. Even so, £600m will be trimmed and the functionality of some systems curtailed.