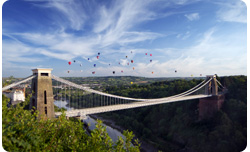 Martin Bell, director of ICT at North Bristol NHS Trust, was sceptical from the start about the concept of a single, electronic care record for the health service.

In this, he was not alone. But he always suspected that it was going to be too big, too unwieldy, too unsafe and frankly beyond the capability of the NHS to deliver.

Now, new local freedoms around IT procurement and the standards evolving through NHS Connecting for Health’s Interoperability Tool Kit (ITK) are enabling him and colleagues in the South West of England to do something rather novel.

They are proposing a Bristol Shared Care Record to enable NHS clinicians and social care professionals to share information without the need for a single record and while working in their own clinical systems.

It’s rather more than a vision – although a good way short of reality at the moment. Over the next six months, the people working on the project intend to launch the business case and a procurement and to deliver a proof of concept.

The challenge, says Bell, is to get information out of silos. “Care of a patient involves managing the matrix of information along a pathway,” he says.

“The patient goes from the GP to the hospital, where they visit different departments, and then maybe back to the GP with social care involvement or possibly on to a tertiary hospital.

“They are always asked the same questions and it is a very complex business to get the physical notes between all these different departments and organisations.”

The current Summary Care Record does nothing to address this, he says, as it does not provide the very detailed information clinicians need.

A GP, for example, might want to know that meals on wheels are on their way to his recently discharged elderly patient.

Social care, meanwhile, might want to know the discharge date for a different patient. A social care department may wish to flag up that it has concerns about the safety of a child. An A&E department or GP may need to be aware of that.

“The really clever bit would be to make the different systems talk to each other,” says Bell. “Our idea is to pull it all together in a portal. Yes, it would be complex but we think it can be done.”

We, in this instance, is Bell and his colleagues in other acute trusts in Bristol (Weston Area Health NHS Trust and University Hospitals Bristol NHS Foundation Trust); their counterpart in community services, Andy Kinnear, who is head of the Avon IM&T consortium which manages IT services on behalf of three primary care trusts; and the chief information officers of the three local authorities in Bristol, South Gloucestershire and North Somerset.

Their basic building blocks are RiO, implemented this year across Bristol Health Community, NHS North Somerset and NHS South Gloucestershire; Cerner Millennium, due to be rolled out in North Bristol over the next two years; and the Northgate Swift and Paris systems used in social care. High-level talks are also underway with GPs about interoperability with their primary care systems.

Kinnear says: “The feeling more and more is that clinicians want to use a system that is designed for their own use but is able to draw down information from other systems.

“The building blocks are either in place or you can see when they will be in place. We have very go ahead IT leadership so the people and systems are there to make this happen.”

Bell gives a concrete example of what he has in mind. “From 2011, we will be moving to a an electronic record for children and implementing [McKesson’s] CarePlus system. It will provide a gold standard collection of data.

“There are 30,000 people in Bristol working in child health and they will not, and should not, all have access to CarePlus. However, some of that data might be flagged up on different systems, for example that there is a concern about a particular child. So when a child walks into A&E with a bruise, a flag might show up in Cerner.”

The same sort of idea would work for end of life care or for long term care. A flag might show that a patient attending A&E with a heart problem is on the diabetes register at their general practice, for example.

Having seen a flag, a clinician with appropriate access would then be able to dig down into the data to find out more information about a particular patient. No large single record; no change in clinical systems.

NHS Connecting Care, as Bell and Kinnear have dubbed the development, has a long, long way to go. The first question is whether it is technically feasible – although both Kinnear and Bell are convinced that it is.

“I’m long enough in the tooth not to believe a word that salesmen tell me, but all the suppliers I talk to say this is possible,” says Kinnear. “The next six months will show us.”

Bell adds: “Certainly writing the rules for the information exchange and getting the messaging working will be a challenge.” It is essential, for example, that Connecting Care can prove itself robust and free from error as well as capable of delivering up-to-date information.”

Then there are issues of clinical governance. Early clinical engagement is underway, although the two are reticent about going too far with this too early.

“We need to have something to show before we really start to engage,” says Kinnear. “So we are working on a proof of concept around safeguarding children and older people’s care that will include the security, information governance and safety pieces.”

An inevitable criticism will be that this is a local system and won’t help people from outside the area who are treated in Bristol. Bell says: “The vast majority of patients are treated in their local area. Let’s start with the largest number, not the smallest.”

And then there is affordability. Bell says the business case is still in development but envisages a cost of less than £1m. “The savings from doing things once and not 12 times would be immense,” he adds. “It would enable care to move to the community in a way that is not possible when you have paper notes.”

Neither Bell nor Kinnear is aware of anything similar anywhere else – although it’s unlikely that they are the only ones to whom the idea has occurred. Interoperability and more local freedom over IT developments are the flavour of the moment, after all.

A member of the UCL team that reviewed the Summary Care Record looks beyond the numbers and behind the headlines at what it found.