I put one foot in front of the other really. Where I came from in labs, we were early users of large system databases in the NHS. There were no CIOs, so I certainly didn’t set out to be one. Most senior IT jobs would have been highly technical l guess, and it’s different now, with a much bigger emphasis on the business

Hard to say as we have been through our busiest 12 months ever. We have all critical care beds using a single system/database platform and have linked all hospital vital signs into that. This will eventually be a single view across the whole hospital which is great for patient safety. We are really proud of the ground-breaking work we are doing with our My Medical Record personal health record system.

We plan to be live this year with an Electronic Document Management System (EDMS) that will see us eventually shutting down the records library and move towards a fully digital paperless record. Anyone who thinks an EDMS project is just a scanning project better think again. It is massively complex, if you do it right, and we think we are.

Maintaining confidence in a strategy that can take much longer to deliver that people expect. Stopping short term dead end projects and keeping focus on more strategic goals. These things can destroy the effectiveness in many ways, but mostly by dividing and diluting scarce resource and thinking time.

Willingness to stick at it for the long haul and accept that it’s all going to take a while. Some of the things we will need are not invented yet. Make small steps, take the benefits, re-assess the strategy and move on. Don’t get caught up in the IT industry hype.

If you have one piece of advice for other NHS CIOs, would it be?

My CEO, because she is so logical and measured in everything, and she’s a snowboarder.

I’d invest in taking forward an open data platform and look to build standards based information sharing, machine learning and full scalable digital patient experience. I would blueprint this for the NHS.

I’m a fan of open source but do feel it’s been over hyped.

I’ve never done anything that bad. I was once paid to drink beer. That was awful.

It changes but it’s either some guitar or guitar player, or some snowboarding exploits.

My Amazon Echo, because it shows me where tech is going.

I’d run some part of a music festival

Johnny Depp, as a kind of pirate 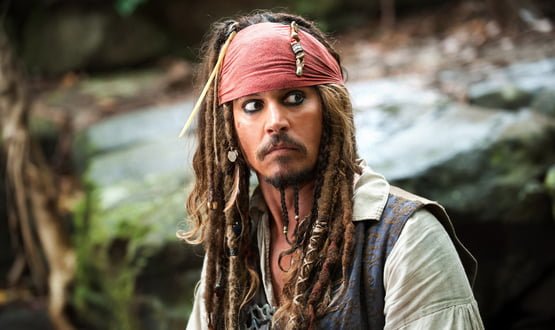 Johnny Depp as Captain Jack Sparrow in Pirates of the Caribbean.

How will artificial intelligence change radiology?

Artificial intelligence and cognitive computing is being heralded as the brave new frontier of clinical IT, Kim Thomas reports on how it is already beginning...