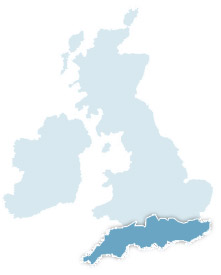 The re-negotiation of the NHS IT Programme contract between Fujitsu and the NHS in the South of England appears to be heading towards a best of breed approach, similar to that already adopted by London.

E-Health Insider has learned that a number of NHS trusts in the South are looking at alternatives on mental health and community systems, to the Cerner Millennium product as currently offered by local service provider Fujitsu.

Speaking off the record several trust IT directors have told E-Health Insider that alternatives to Millennium are now strongly favoured for mental health and community services, as part of the ongoing contract reset in the region.

Some senior sources say that a switch to a best of breed approach is almost inevitable. One NHS IT director told EHI that SPfIT board meetings have been ‘heated’ when it comes to mental health functionality and said it will be sooner, rather than later, that the LSP will be forced into adopting the best of breed policy, instead of the current best of suite policy.

Best of breed certainly looks the way ahead. Each time we see the Cerner module, a huge fuss is started and no one is happy to have mental health working with it.”
Anonymous NHS IT director in South of England

An anonymous IT director at a large site in the South told EHI: “Best of breed certainly looks the way ahead. Each time we see the Cerner module, a huge fuss is started and no one is happy to have mental health working with it. It is simply not fit for purpose. Our participation in the SPfIT has been attempting to demonstrate this, and now it seems more likely that we are being listened to as Fujitsu and CfH begin to listen and look to other products.”

Minutes from South Central SHA board meetings indicate that progress is being made on the contract reset: “An exercise to identify and prioritise changes to the Cerner product based upon feedback from the live sites has been completed by the NHS. The LSP has been asked to provide a delivery schedule for these changes.”

SPfIT and Fujitsu jointly told EHI: "We are currently undergoing a Contract Reset with our suppliers, Fujitsu Services. The NHS workstreams within the Contract Reset are examining all options based on NHS feedback.

One senior NHS IT representative, told EHI: “There are no specifications set in stone. What has been demonstrated is absolutely dreadful and I believe the programme can’t move on unless we switch systems. I hope Fujitsu read this and realise that.”

Arguably Fujitsu is already half-way to accepting best of breed, having signed with INPS for primary care, McKesson for Child Health and Cerner for everything else. Millennium was originally intended to provide one integrated solution for all areas of healthcare.

As EHI first reported in July, however, a number of mental health trusts in the South have been disappointed with summer demonstrations of Millennium mental health modules offered by LSP Fujitsu.

In the same month Fujitsu awarded a framework contract to McKesson for its CarePlus child health system. The LSP said CarePlus was not a replacement for Millennium but an ‘interim’ alternative system. A number of trusts are now also pushing hard for interim or alternative systems for mental health.

McKesson confirmed to EHI this week that it is "well advanced" with the implementation of an initial CarePlus site in the South.

As part of the NPfIT Local Ownership Programme (NLOP) contract reset the three strategic health authorities in the South are working with SPfIT to set priorities and define what changes they require to take the NCRS software from Cerner. An initial ‘report back’ from ‘Subject Matter Experts’ occurred last Friday.

He added: "We are currently involved in the SPfIT ‘contract reset’. This has yet to conclude, but a number of options are being investigated, including the use of interim or alternative mental health systems."

Clapper said: “Trusts in this region have supported SPfIT by providing subject matter experts to facilitate design processes and appraise systems. In addition, there has been a greater engagement of individual trusts in considering the issues of functionality and programming as part of the contract reset.”

Les Manley, senior responsible owner for the mental health NHS CRS deployment at the Kent and Medway NHS and Social Care Partnership Trust, told EHI that NLOP was providing trusts with more local control: “Our clinical staff are involved in the design process and work in collaboration with colleagues from other mental health trusts. NLOP should provide more local control of the programme."

Manley added: "As part of the transition from central to local ownership we are looking for opportunities to influence what is delivered within each software release so that more functionality is delivered sooner and we are exploring ways to improve development/deployment cycles.”

Similarly, a spokesperson for the Sussex Partnership Trust, said that the move towards NLOP had helped them to ensure the system they receive is the right one.

“There is a delay in the national programme and we have been looking at how to rationalise our existing systems (we have four patient administration systems across Sussex), while we wait for the strategic solution. We are working very closely with the rest of the NHS in the south of England to ensure that the strategic solution allows us to provide first class services to the people who use them.”

One ready alternative RiO, from CSE Servelec, has already proven to be a success for mental health in London, as EHI has reported this week.

Launched at Somerset, which sits in the Southern cluster, a spokesperson told EHI: “In our opinion, we can’t see any reason to switch from RiO to Millennium. I would have to say that we would not even think for one second of switching off RiO with the state of Millennium right now."

The spokesperson added: “To switch to BT’s way of working and adopt best of breed as opposed to a suite package system, would be a positive step forward for us and for the region as a whole. RiO has been worked on over several years and does the job perfectly for us – it would easily fit in with the aims of the programme as a whole.”

The Millennium patient administration system (PAS) has so far been delivered to seven trusts as Release zero. Hampshire is one of those sites – CRS is installed at Winchester- and Clapper says that mental health usage has been ‘disappointing’ to date.

Release one, which is due for release next year now, is meant to enhance the Release zero PAS, with additional support for administrative processes in mental health and community environments, including relevant CDS (common data set) elements, reports and submissions allowing mental health services to be able to replace their existing PAS systems.

The deployment of such a solution however, is likely to be subject to delays as mental health trusts change requirements to ensure the system they receive meets their actual needs.