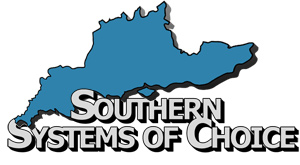 NHS trusts in the South of England are to be offered a choice of systems and to have them funded as part of the National Programme for IT in the NHS.

Under a new project, the 52 trusts in the South not covered by the contract with BT will get funded ‘acute systems of choice’.

The core requirements will be for existing products that deliver the Clinical 5 capabilities set out in last year’s Health Informatics Review.

It is hoped some implementations will occur in advance of the hard November deadline set for NPfIT’s two main software providers, Cerner and iSoft.

In an exclusive interview with E-Health Insider, Christine Connelly, the Department of Health’s director general of informatics, said: “We’ve just begun a procurement of systems for the South.”

The procurement will cover 29 acute trusts, 21 community trusts and two mental health trusts, which will be offered a limited choice using the Additional Supply Capability and Capacity (ASCC) framework catalogue.

John-Jo Campbell, the chief information officer for NHS South Central, has been seconded into the Informatics Directorate to run the project.

“Our intention is to work with trusts and go out to market, to look at what’s available in the market, and evaluate existing product,” said Connelly.

“We will ask trusts to look at existing systems and take a decision on which of those they would like to have, with the view that we will ask [them] to implement this version of the system and [they] can take account of one more release that the supplier tells [them] is coming down the line.”

Connelly made it clear that this was a very different approach to the one with which the National Programme began, which was based on a complex specification that suppliers were asked to meet. “Instead, we’re actually saying to suppliers ‘let’s go license an existing product’.”

Connelly added: “One thing that it will tell us is ‘do better products exist?’. That will inform our options as we get to the end of November.”

She added: “It will tell us whether the product set in the acute sector are more mature than the products we have in Cerner Millennium and Lorenzo, or whether everyone is at the same stage.”

Asked how quickly trusts would be able to pick product in conjunction with CfH, she responded: “I hope it will be in a few months”. In the case of two mental health trusts, she said she hoped to reach an agreement and begin roll-out quite quickly.

Connelly added that for hospitals of different scales it may be appropriate to deliver different types of product. “So it could be quite informative to us to work with clinicians on the types of things that matter to them.”

Being able to look at real product will change the dialogue with trusts, she predicted. “We think the quality of the conversation will be better and it will be more colourful.”

She agreed that it would be interesting to see whether trusts choose NPfIT systems suppliers, as a number of foundation trusts procuring outside the National Programme have done.

“If every trust looked at it and said what we want is Cerner, then perhaps we would wait a few more months [beyond the end of November, when a hard deadline has been set for Cerner and iSoft to make progress with their ‘strategic’ systems]."

Asked whether the Southern Choice Project offered a model that could be applied to other parts of the country if the need arose, Connelly replied: “Yes. Its prudent for us to use the opportunity we have in the South in this we, because it actually informs our choices when we get to the end of November.”

CSC to supply SystmOne under GPSoC

Computer Sciences Corporation has signed a framework agreement with NHS Connecting for Health to supply TPP’s SystmOne under the GP Systems of Choice initiative. SystmOne has...