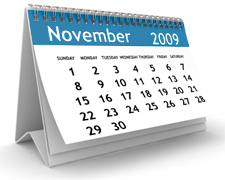 The major suppliers to the National Programme for IT in the NHS have been given until November to make progress. Will this deadline stick? And will it be a good thing if it does? E-Health Insider reporter Sarah Bruce called some NHS IT directors for their views.

At this year’s Healthcare Computing conference, director general of informatics Christine Connelly gave the main suppliers to the National Programme for IT in the NHS another six months to deliver.

She warned that “alternative” delivery approaches would be considered if the programme’s remaining local service providers, CSC Alliance and BT, failed to get iSoft’s Lorenzo software into a care setting and Cerner’s Millennium into another acute trust by November.

However, national programme deadlines have come and gone before – and an E-Health Insider survey of ten NHS IT directors has found considerable skepticism about whether the deadlines will be met.

The main concerns voiced by those contacted over the past week related to the timescale and the practicalities of deployment. Martin Bellamy, the head of NHS Connecting for Health, may be talking about a “new delivery model”, but the NHS IT directors who spoke to EHI clearly feel there is still some way to go.

Putting down a marker

Stephen Parsons, IM&T project manager at Trafford Healthcare NHS Trust, said: “The mark had to be put down to give everyone something to work towards, although it feels like we have waited long enough. If NHS Connecting for Health does enough to sow the seeds of doubt by committing to a deadline and then meeting it, it may help the programme move forward.”

However, Connelly was careful to avoid saying exactly what had to be achieved November – or exactly what will happen if the deadline is missed.

Parsons felt this was a key issue: “The deadlines themselves don’t mean much when there is no definition of what ‘live’ is or what ‘running smoothly’ means. Would we really be prepared to chop the programme if the deadlines are not met?” he said.

Meanwhile, an IT director in the North, Midlands and East of England said she had heard all the talk of deadlines before, yet she remained concerned about the systems that were due to be delivered.

“There are huge issues with both Cerner and Lorenzo and their capability, which I know that many, many people in my profession are concerned about,” she said. “The primary care trust project seems to be developing slowly, which is an improvement but with acute trusts there is only a very small light at the end of the tunnel.”

She felt that suppliers were still missing the complexities of different sites; an issue that was also raised by Steve Fairclough, head informatics at University Hospitals of Morecambe Bay NHS Trust, who knows more about Lorenzo than most, having overseen a “soft launch” of the electronic patient record in one of its hospitals last year.

Fairclough told EHI: “I do think the deadlines are achievable and would like to see them met; but really it depends on the deployment plan and the targets that are set within that. Every organisation is different and has a different plan.”

Mike Casey, IT director at Mid-Essex hospitals NHS Trust, pointed out that even in the best of circumstances: “It takes around 14 months to implement a patient administration system – it’s the biggest change a trust will ever go through.”

One of the persistent concerns about the national programme is that its delivery model is too rigid and remote to succeed. At Healthcare Computing, Bellamy said it had learned from previous, problematic deployments, particularly the go-live of Cerner Millennium at the Royal Free Hospital in London.

“What we have learned is the importance of genuine engagement with clinicians and managers, particularly at a senior level,” he said in a keynote speech. Rebecca Malin, IT manager at Airedale NHS Trust, echoed the importance of this.

“Having the right team is one of the biggest issues,” she told EHI. “I have never worked in an industry where the engagement of clinicians is an uphill battle. I think the system issues are beginning to be overcome but engagement is something that really needs to be worked on.”

Stephen Cotton, head of IT at Dudley Group of Hospitals NHS Trust, agreed. He felt that, particularly at the beginning of the programme, there had been hardly any engagement with IT professionals at all – and clinical engagement was still limited.

Most of the doctors’ and nurses’ opinions at the trust are driven by the Royal Colleges and improved engagement with them is needed to see the tangible benefits,” he said.

“Information systems are only as good as the people that configure them,” he said. “If configuration is done properly it will be used. IT will be successful in an organsiation if deployment is accompanied by a full business redesign.”

Choice in the South

While Connelly made it clear that the national programme is pushing ahead in the North, Midlands and East and in London, she opened up the prospect of more choice in the South, which lost Fujitsu as its local service provider last year.

She indicated that trusts whose systems are not managed by BT would be able to run procurements through the ASCC catalogue. A number of the IT directors contacted by EHI indicated that they would like the same choice and to be able to tender for their own systems.

Geoff Berry, assistant director of IT at Tameside and Glossop Acute Services NHS Trust, said: “In terms of the freedom of choice offered in the South, that is something we would consider beneficial. Because we are a foundation trust, we are looking at the options open to us.

Chaudry felt the same. “We would want to tender for our own system. It is really about interoperability in the end – as long as trust systems can talk to the Spine it should not really matter what the system is. This would be an easier way to deliver functionality to all trusts.”

However, Fairclough argued: “Overall we are interested in the prize of an electronic patient record rather than who is providing it. As long as everyone eventually gets to the same point it really doesn’t matter.”

Has the bar been dropped so low that the NHS IT programme is now guaranteed to succeed? Asks Jon Hoeksma.